UX London presenters represent the cream of user experience practitioners worldwide. By attending, you will gain the wisdom of years of experience from this amazing cast of engaging speakers and effective teachers. 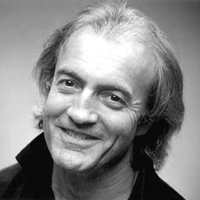 Bill Buxton is a Toronto-based scientist, designer, writer, and lecturer, who has spent 30 years focusing on human aspects of technology - especially around creative applications such as music, film and industrial design.

Bill is a co-recipient of an Academy Award for Scientific and Technical Achievement, a Fellow of the Association of Computing Machinery, and has been awarded honorary doctorates from the Ontario College of Art and Design, Queen’s University, and the Technical University of Eindhoven. In 2010, BusinessWeek named Bill among the World’s Most Influential Designers. Bill is passionate about the outdoors, especially mountains (summer and winter) and tripping in his birch-bark canoes.

Bill Buxton will be presenting On Long Noses, Sampling, Synthesis, Design and Innovation.

It is kind of ironic that one of the areas where one finds the least creativity and innovation is in discourses on creativity and innovation. I sometimes wonder – especially when it comes to technology and UX design, if this is because we seem burdened by the assumption that answers somehow need to be complex. Perhaps much of what we seek is sitting right in front of us, and while looking directly at it, we are doing so with the wrong eyes.

Presented by Clearleft, a user experience design consultancy based in Brighton, UK

We design and build simple, easy to use and great looking websites that your customers will love to use. By focusing on the user experience, our interaction experts can help create the perfect site for your users’ needs.